Two more pictures of the piece I don’t have a name for yet. 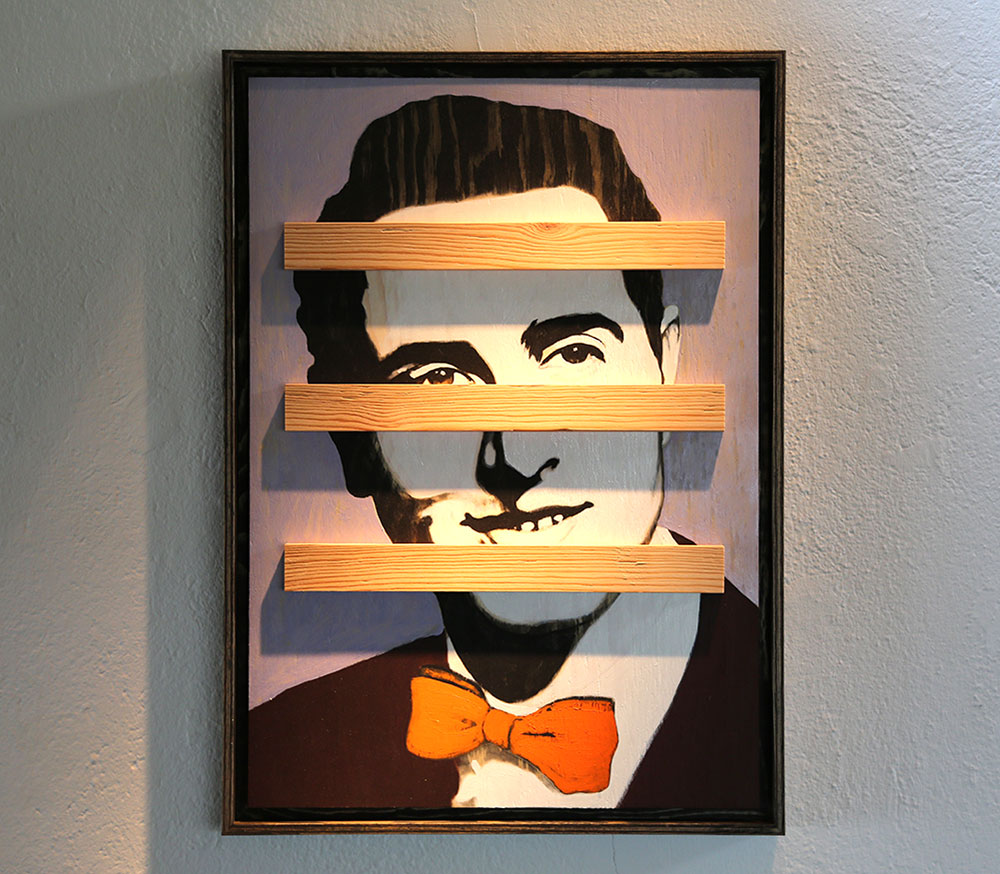 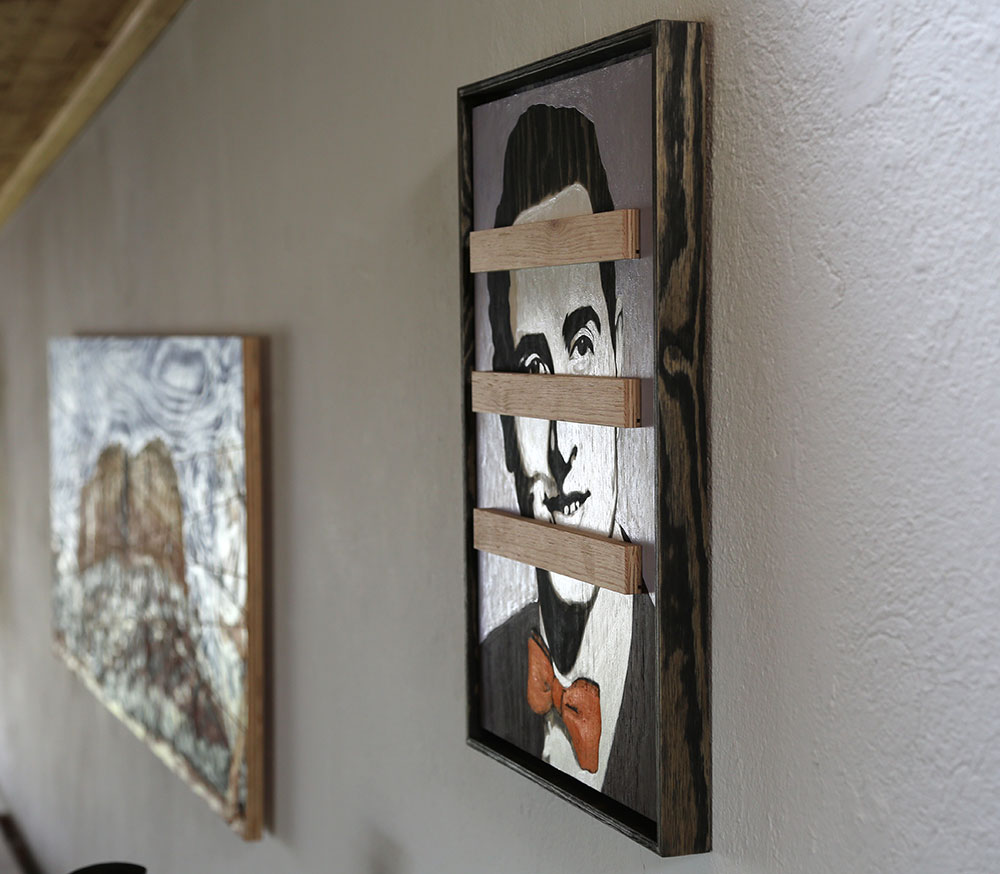 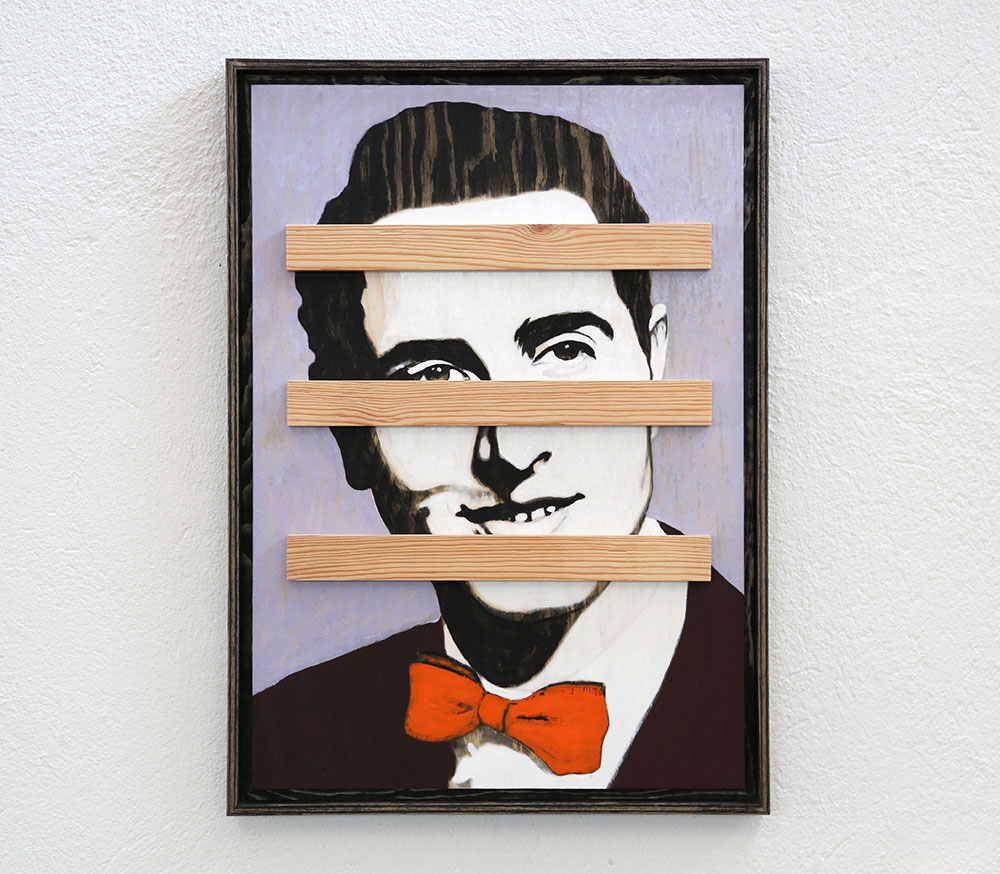 I am not generally into painting famous people, and portraits are not really my thing. I am more interested in FACES, and often it is more interesting to paint total strangers so you can build your own story around the picture. But in 2008, before he was elected, I painted a subtle and mysterious painting of Obama. That painting has been kept in storage for all these years and a while ago I unpacked it to find that the wood had darkened and it did not look like much anymore. So I decided to do a new painting of him on top of the old. I soon realized that it was extremely difficult and I was not entirely motivated by the challenge. However, I felt it could be an exercise, so I kept trying, kept putting it away, at one point I almost offered Simon to chop it up and make firewood of it, but that felt wrong… I did not want to make a political statement. Besides, I admire President Obama for his charm, his dignity and endurance, and I felt I needed to do my absolute best to paint him.

This morning I found out that there was someone who might be interested in buying the painting! As I was not happy with it I had to try harder and have spent the entire day working on it. Now it will have to rest and the paint must dry. How will I feel tomorrow? Will I find a lot of problems with the painting or will I let it go? 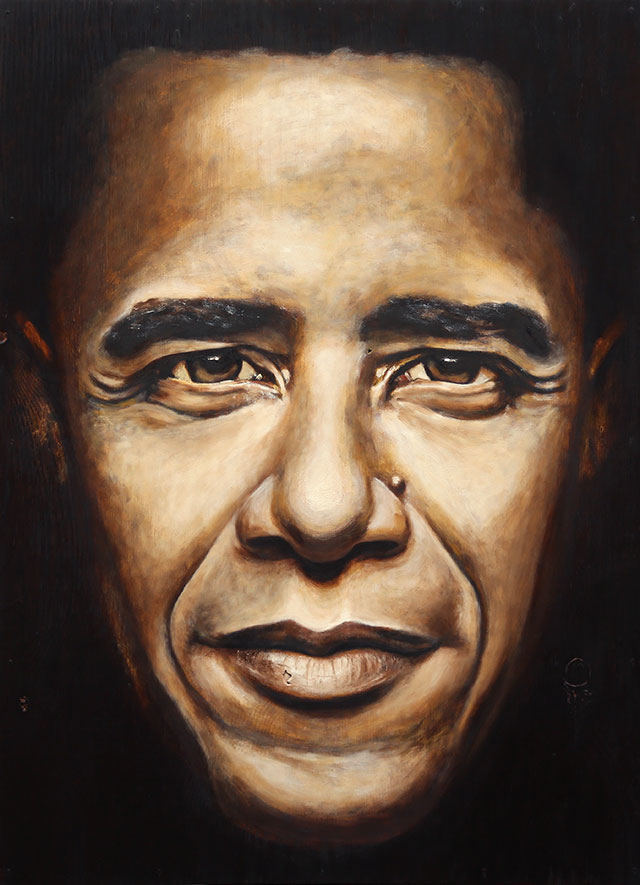 The painting below is the one I did in 2008, which is now under layers of paint. 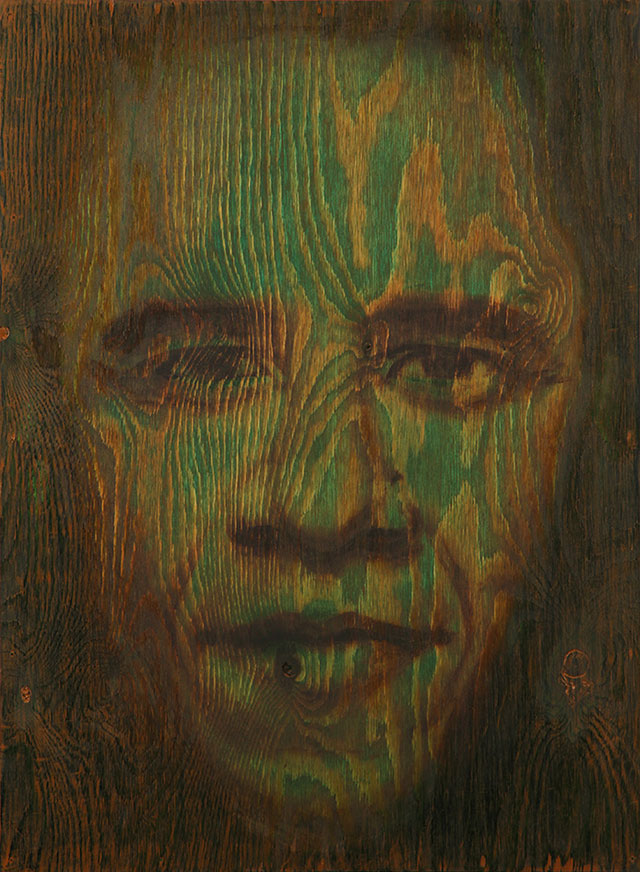 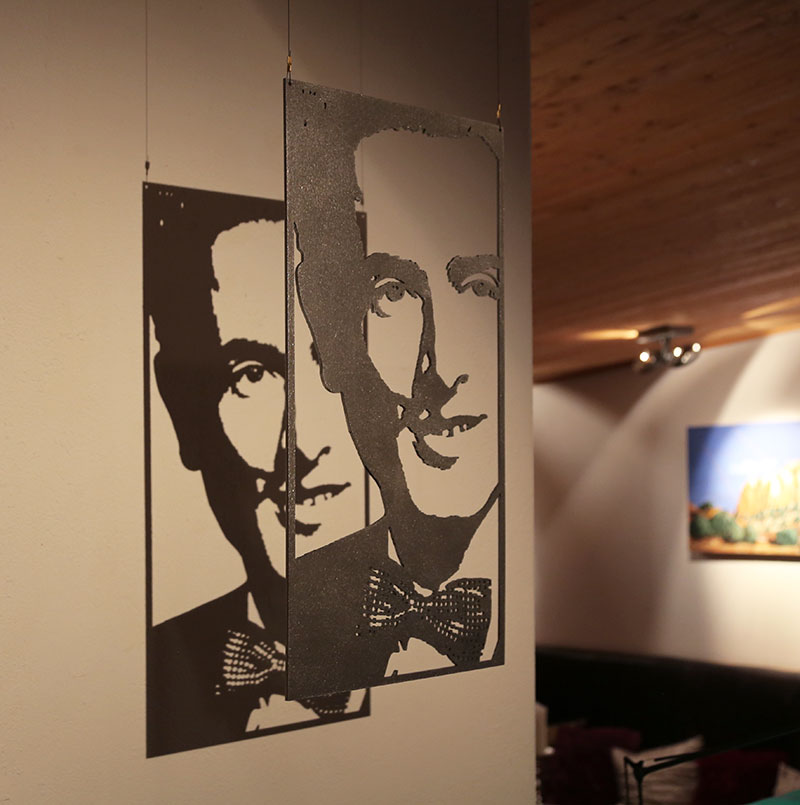 Deep shadows means sunshine! After weeks of foggy and grey days sunshine has finally arrived, even though it may be brief. The daffodils have finally accepted their duty and are showing off in the glorious light. Amazing what light will do and how it changes everything! Suddenly it all seems possible… 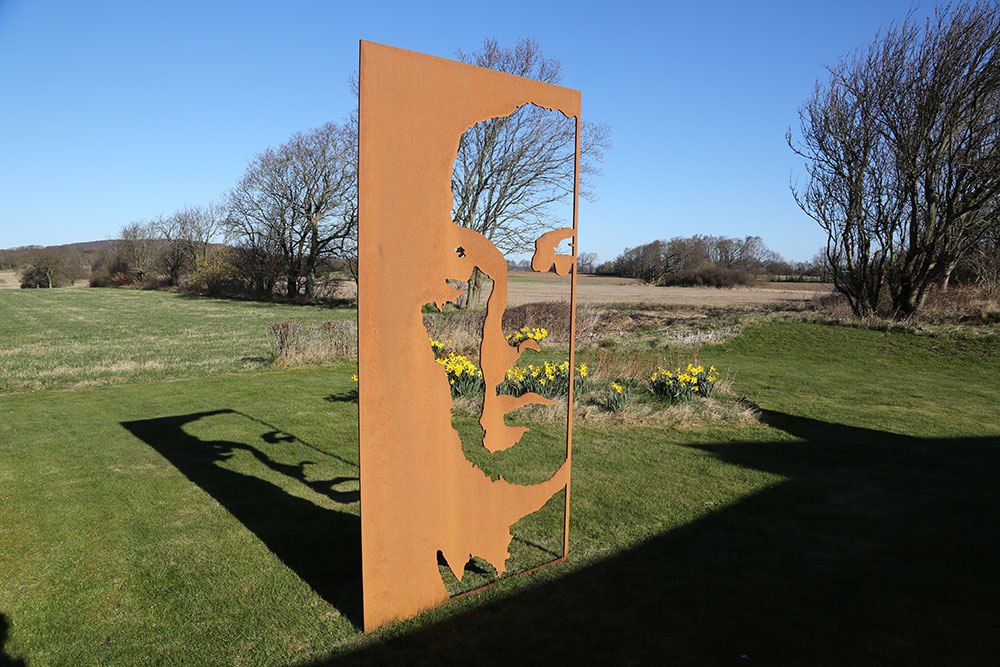 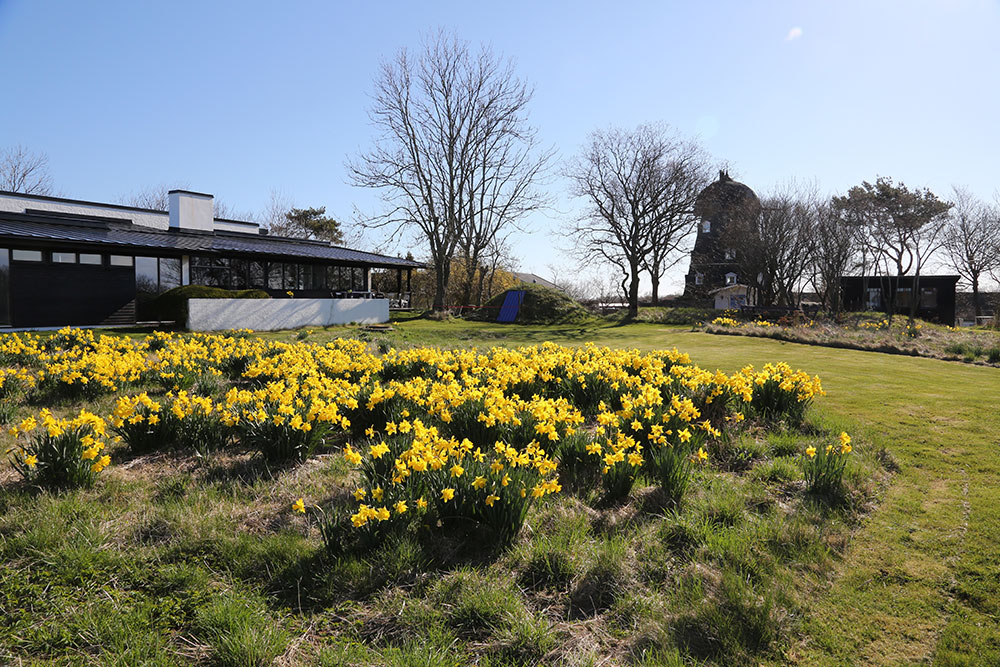 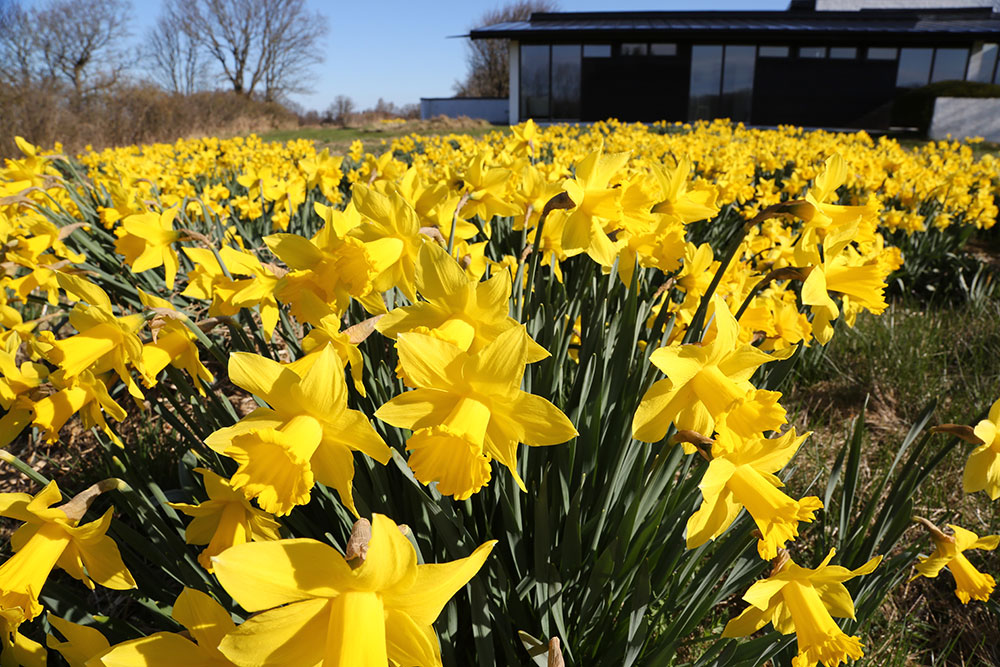