Two new paintings of the coast. These are 20 x 28 cm. Oil and varnish on plywood. The one below is called Treacherous Coast. 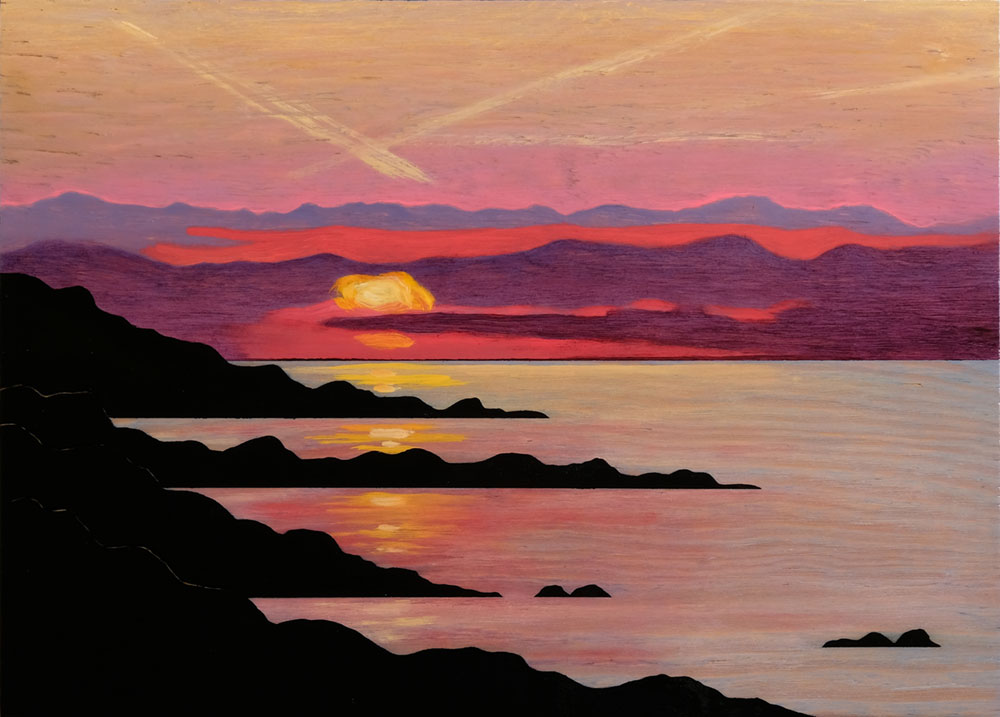 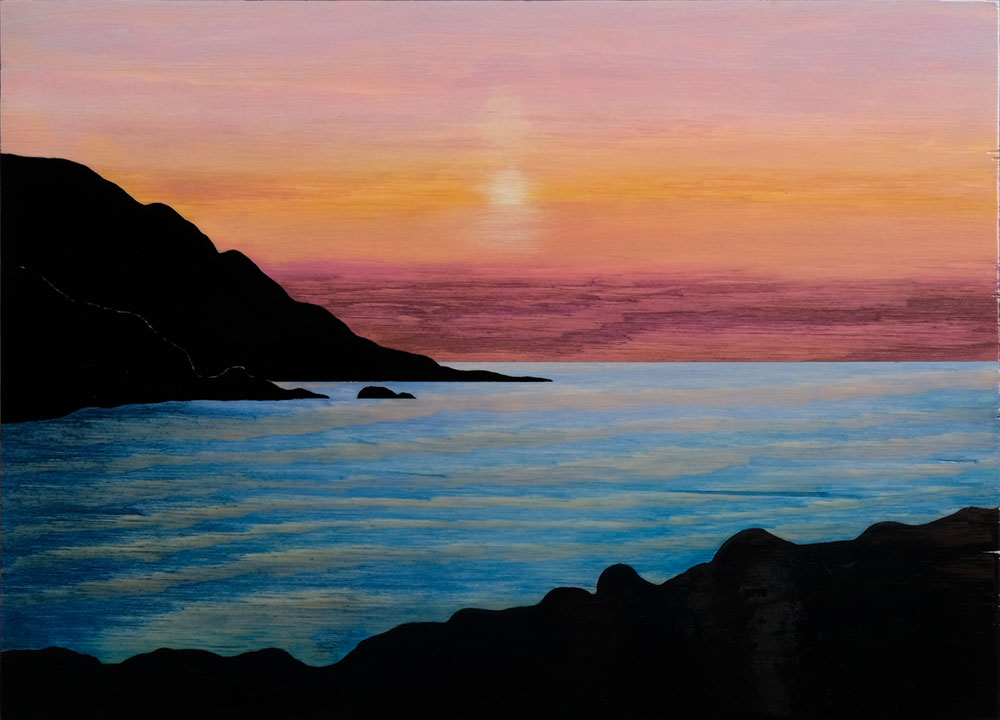 Kullaberg from the south side

The latest painting. This one is 20 x 98 cm. No title yet. Oil and varnish on plywood.

I am going to start a fairly ambitious project. I have ten pieces of a different type of plywood, 27 mm thick (just over an inch), cut into 30 x 20 cm. I will paint both sides and mount them so they stick out from the wall. One side will have a face and the other side will have clouds. The portrait is painted on a gesso surface. The early start on the first piece. 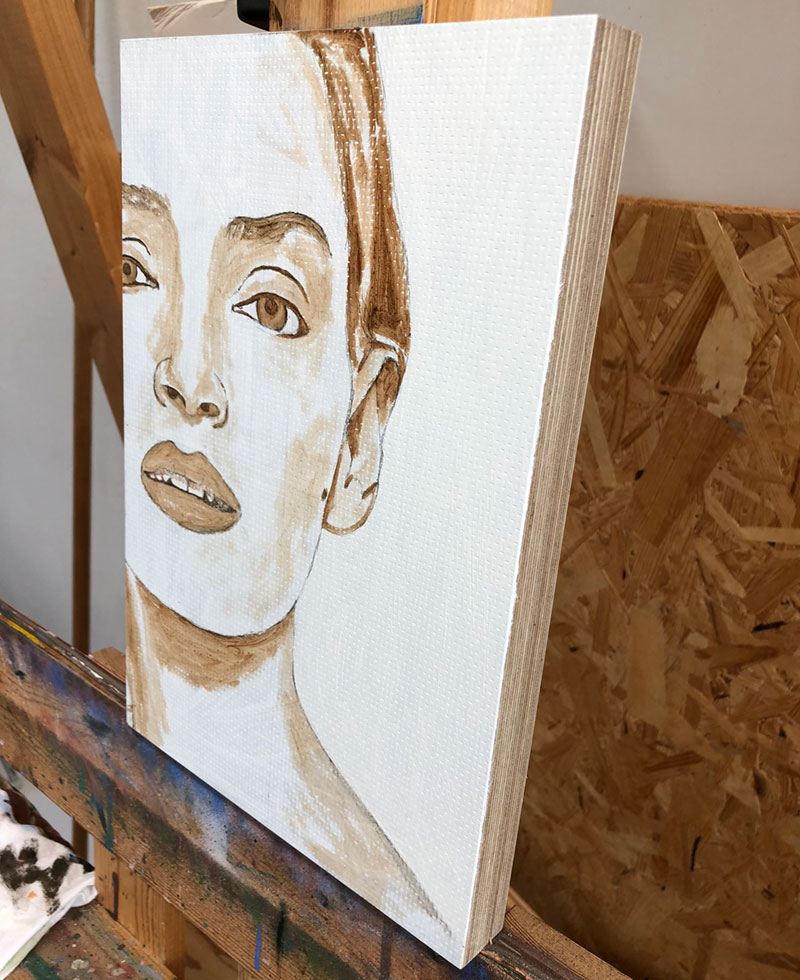 The graffiti wall which used to be a “landscape” painting

Back in 2014 I donated a 12 meter long painting to Höganäs Kommun to make a legal graffiti wall. After some hesitation they accepted the offer and the wall was erected and immediately became a success! This photo was from August 2014 when it had just been up for a couple of days. After the first mediocre graffiti it soon got covered with spray paint and my original painting was covered up. Check my blog posts from the summer of 2012 (June and July) to see how the painting was made and where it was placed in a beautiful landscape. 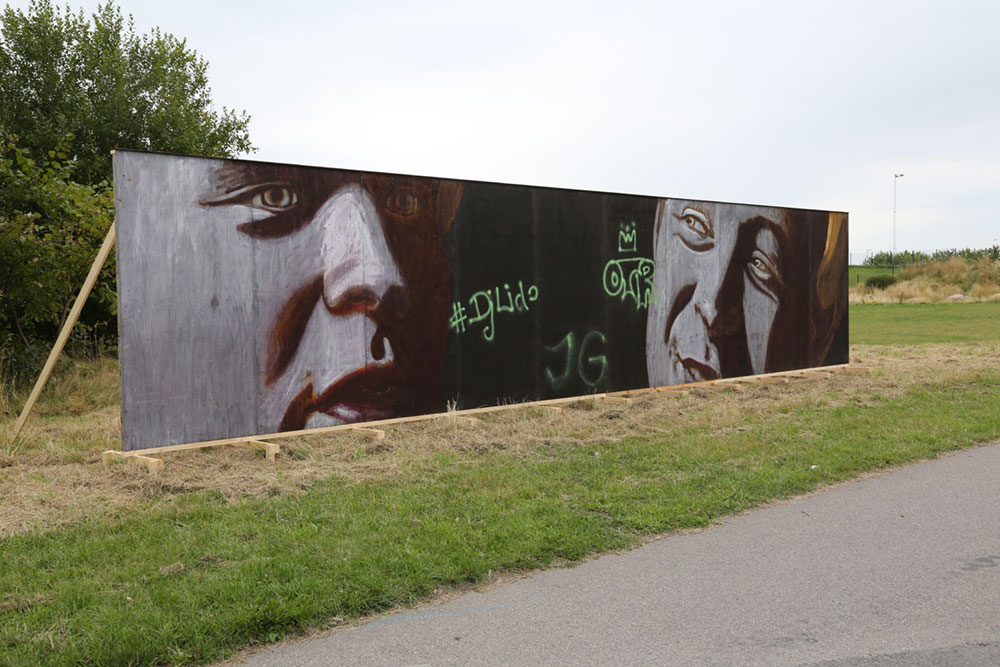 After some time a storm blew the entire wall over and destroyed it. By then the decision makers liked the idea so much that they erected a permanent concrete wall! A few days ago I stopped by to document it and these are the photos. 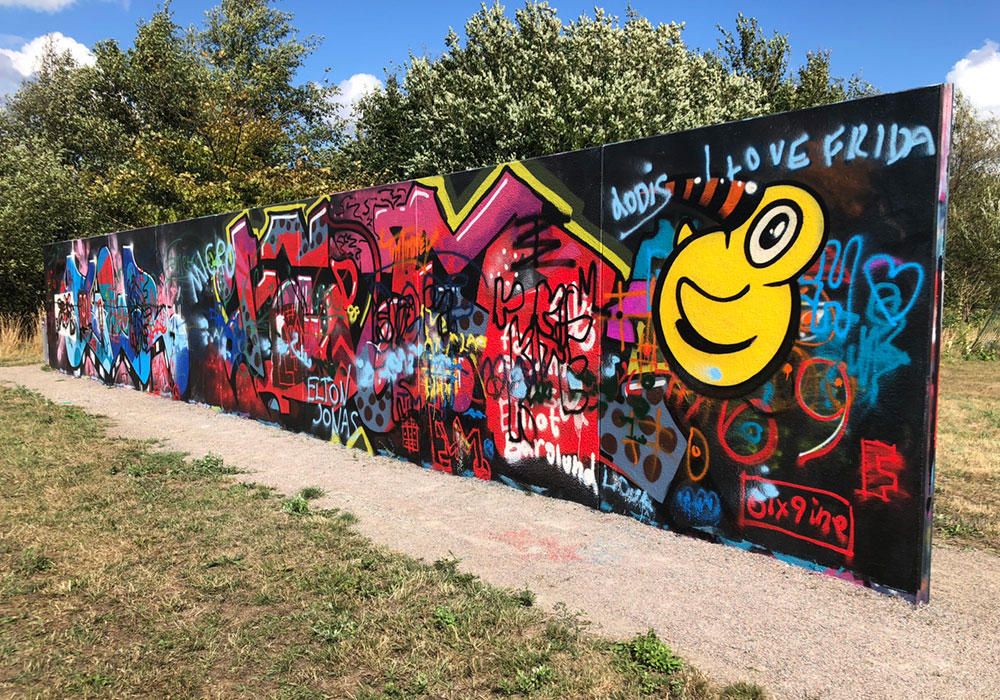 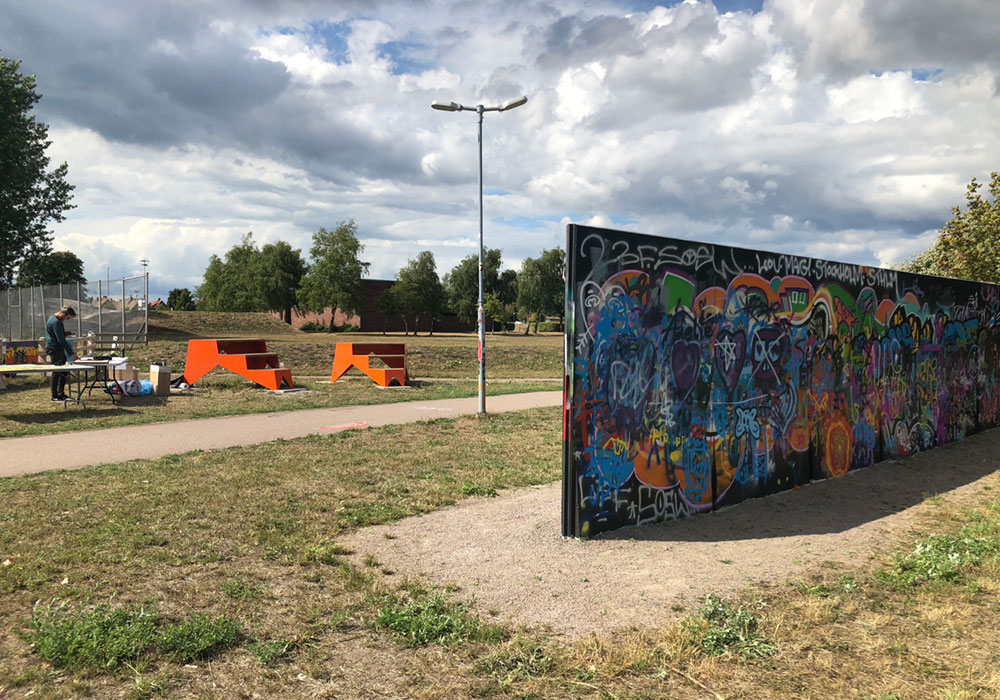 Next to the wall a local graffiti artist has built and painted this incredible snake! 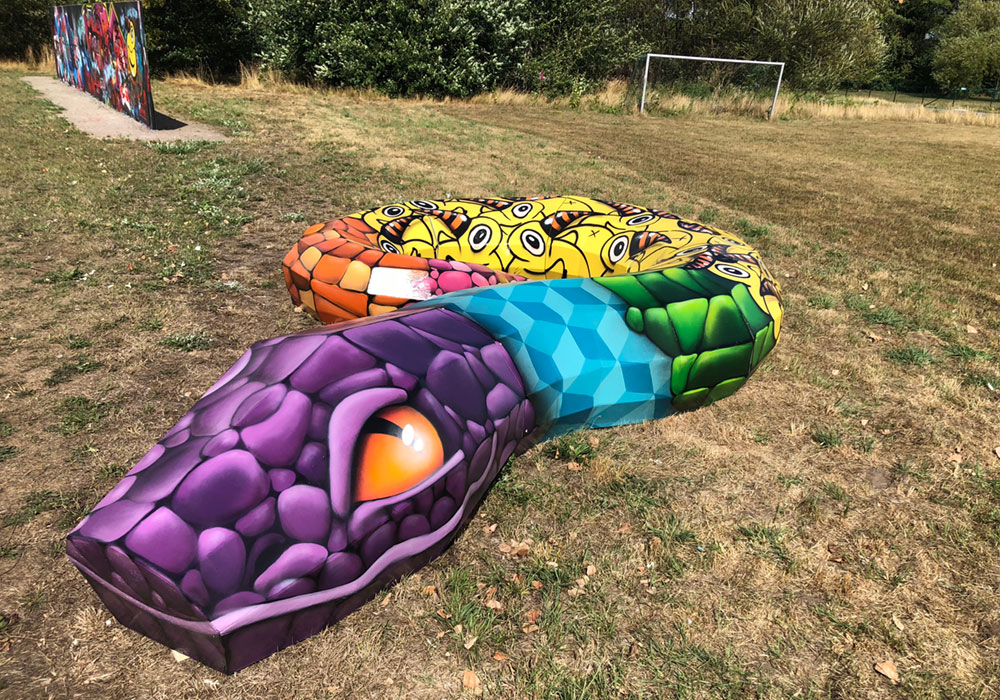 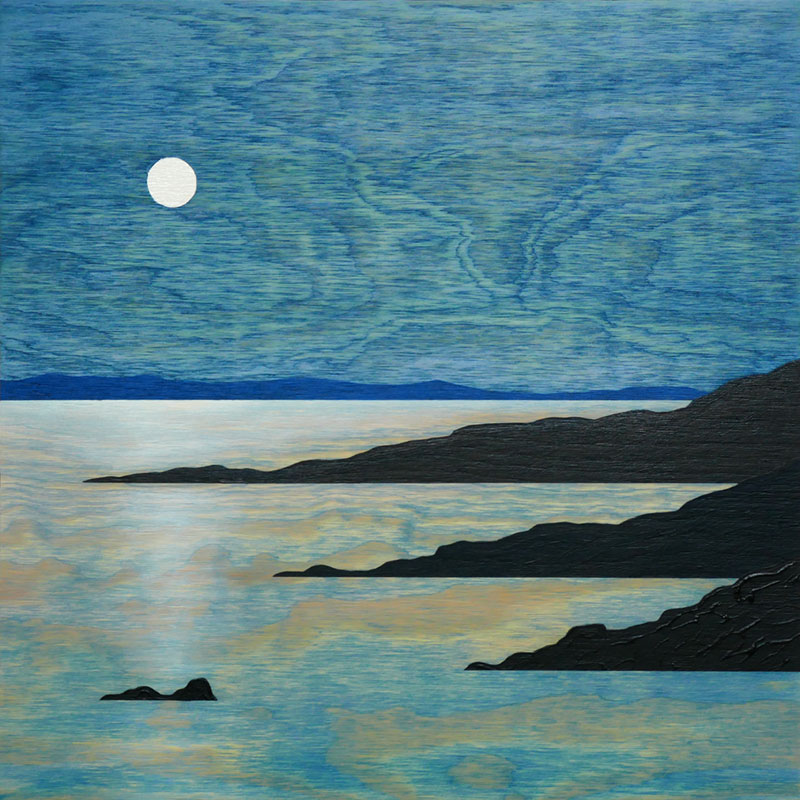 And this is called Nattliga Faror (Dangers at Night) and it is 30 x 36 cm. Both done in the past few days. 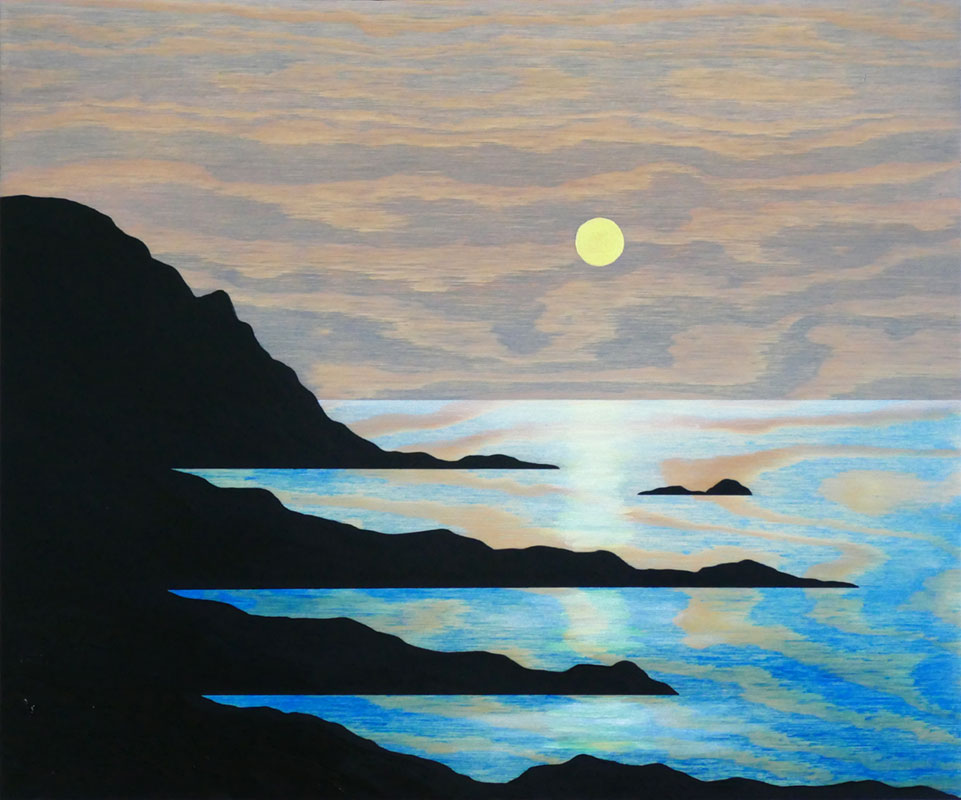