I am starting on a small project. My friend Sverker in Arild sent me some info on a man who lived in Arild a hundred years ago. He was a captain who sailed the “seven seas” and at one time he and his crew sailed around Cape Horn faster than any other ship had ever done before. It became world news at that time. Some of his journeys were extremely tough and it is a wonder that he and his crew survived. He lived to be over 90 years old and for many years he wore a really cool gold ring in his ear. So I am going to try to make a cool painting of him, that will be donated to Arild next spring. A first sketch. 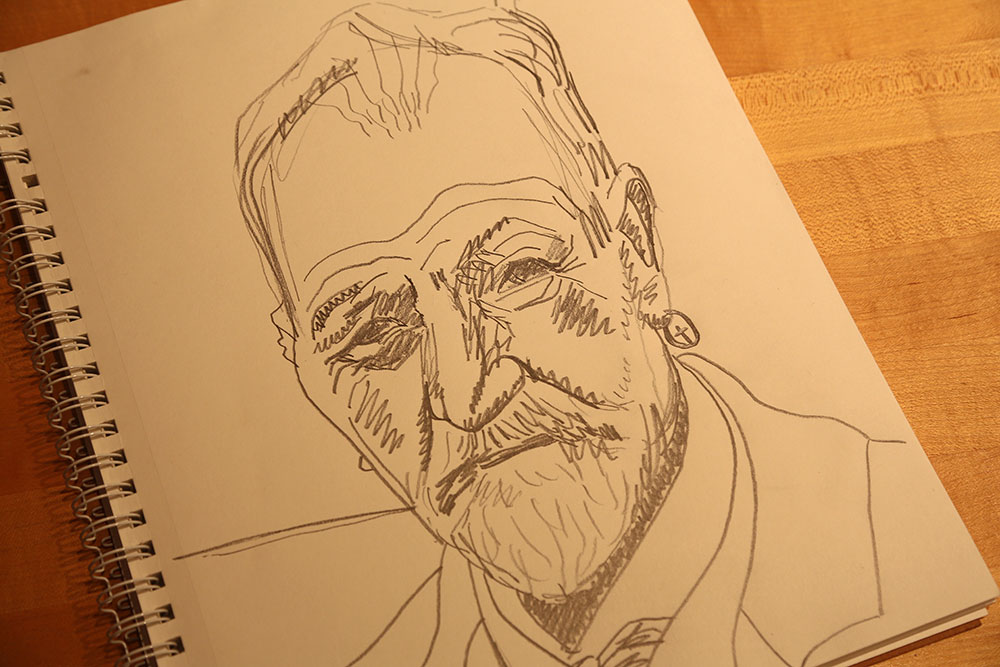