On my way back to Sweden yesterday, I flew via Toronto. I have never done that before, so I was quite surprised when I walked into Pier F and immediately recognized a large Richard Serra sculpture! I could not believe my eyes, had to go up close and touch it. The sculpture is called Tilted Spheres and was made for the expansion of the airport. 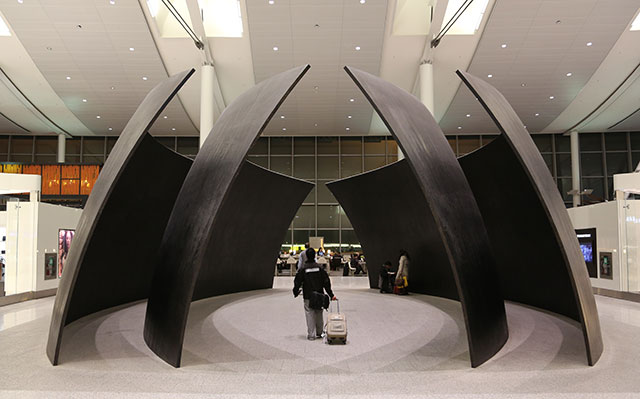 As I walked around and through the sculpture and snapped a few pictures, I was amazed, amused and almost sad to notice how few people were aware of what they were passing through and how casually they looked at the sculpture. I even talked to some of the staff working in the restaurant on the other side of the sculpture and they had no clue what a world class piece of art they were working next to and who had done it. I was thrilled anyways, as Richard Serra is one of my heroes. It almost felt like I had made a flight connection through MoMA.