An axe through the painting

Sometimes you want to take an axe and crush your work. In an instant fury can hit you (me) and the impulse could lead to such drastic self criticism… but it has been years since I did stuff like that. Today I felt like doing it, then took a break and a deep breath and just pushed on. First a quick layer of some pinkish color. 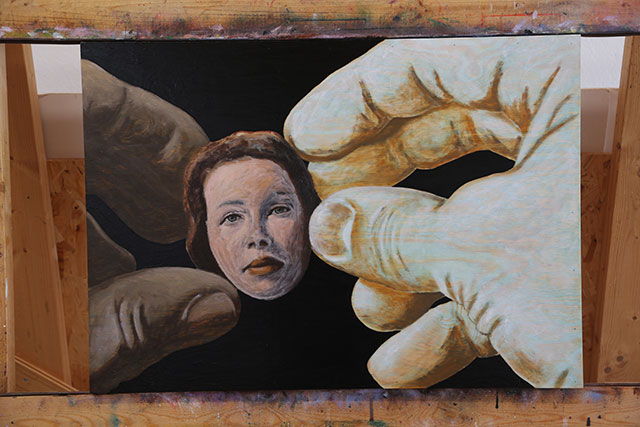 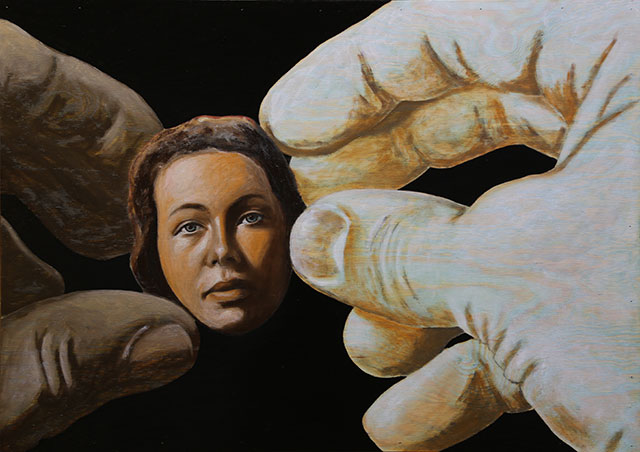 After hours of work (and frustration) this is where it is now. I can’t come to terms with it. But with some afterthought, maybe it looks like a doll head. The creator is building a little doll…

I continued the work on the outside painting for the Easter show at my studio. 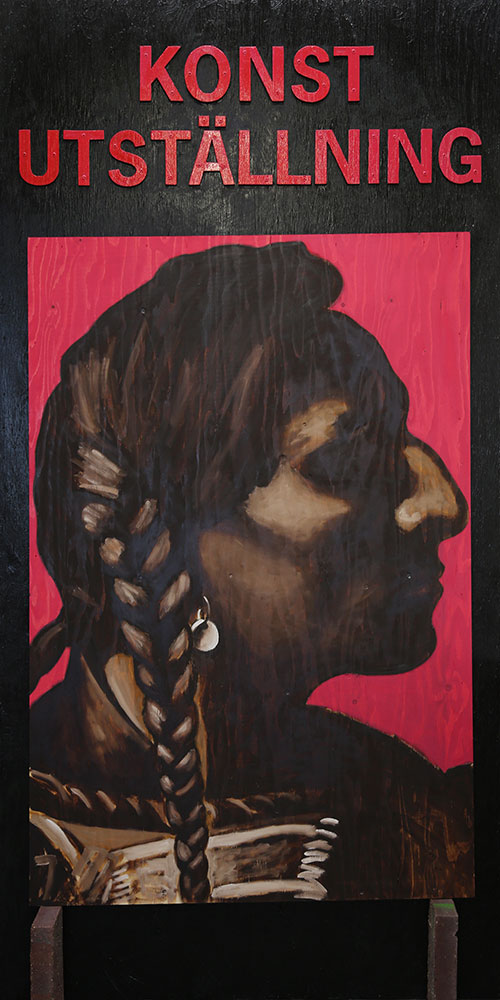 I won’t do too much more on this one, as it is only going to be seen at quite a long distance. Maybe a protective coat of boat varnish.

I also prepared and sent Illustrator files to the people who will cut my sculpture in corten steel. Hope to have the real thing installed by Easter time!